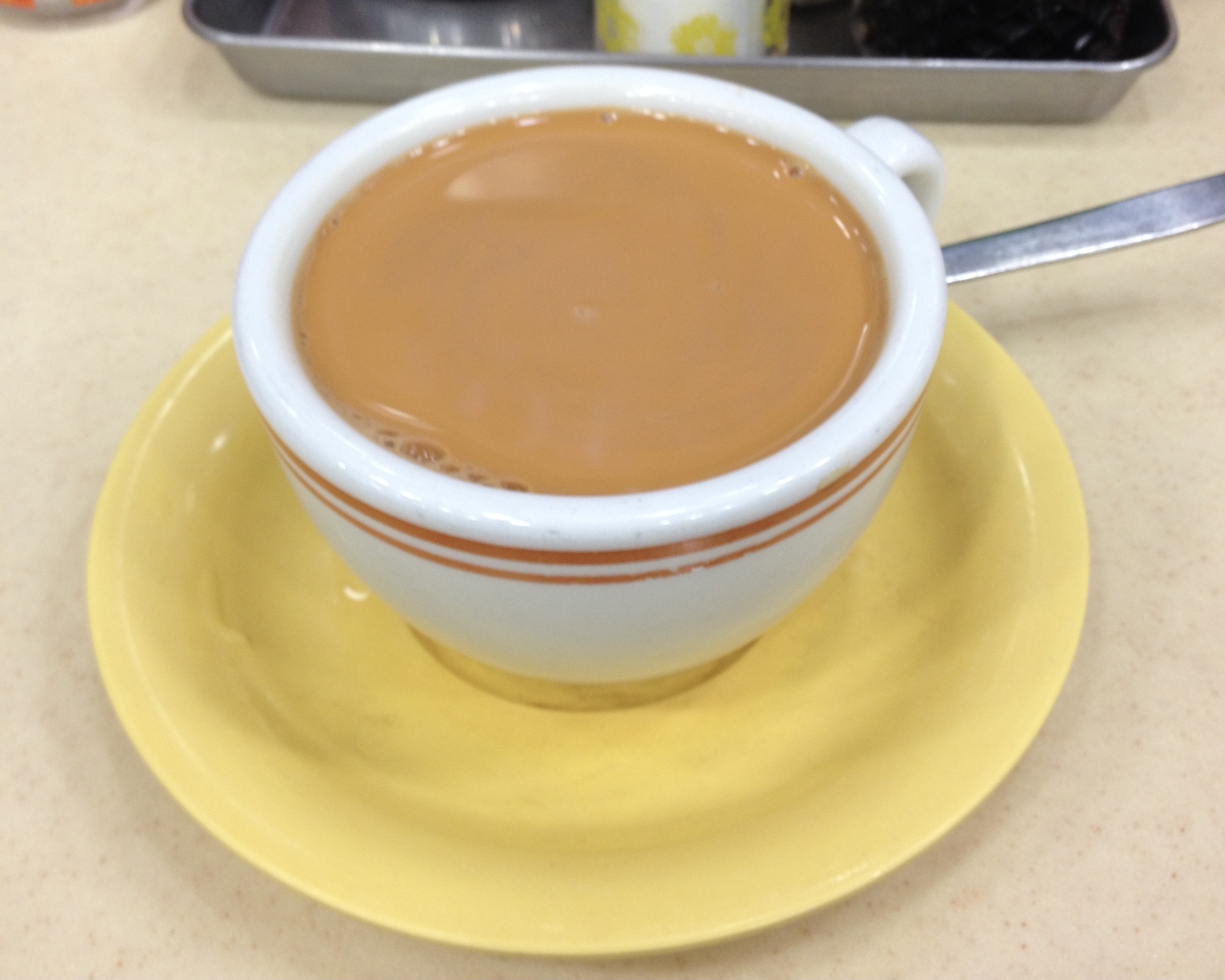 Originally published on Monday May 30, 2016. There is a lot more info on the interwebs now on this topic, as well as some additional discoveries on my part. I’ve annotated the original article where appropriate.

I recently had a short but productive trip to Hong Kong where I worked on my project, did a marathon run of RoR development, visited family, hung out with friends and drank lots of super-strong curiously addictive Hong Kong style tea with milk, a characteristically un-Chinese concoction of boiled tea with evaporated milk, somehow inherited from the British habit of afternoon tea. It is a mainstay of local Hong Kong life. It is an acquired taste that once acquired, seems to be insatiable. In Hong Kong, it’s simply called “nai cha” (奶茶).

I’ve been trying to figure out how to make authentic nai cha at home for about 15 years now. There is no definitive recipe I can find, and all restaurants will claim that theirs is a “trade secret” if you ask. I have a notebook full of recipes of various blends that I’ve tried. Most of them are failures. I’ve found some “authentic” recipes online, but I will have to say that most of what you read on the internet is (surprise!) simply wrong and ill-informed.

The process in a nutshell is simply to put tea in a large fabric tea filter, which is similar to a coffee sock, set that into in a tall tea kettle filled with water, and boil for some amount of time. Serve with evaporated milk. Add sugar to taste if desired.

What I’ve been able to figure out⌗

For any of you out there who are equally as obsessed as I am over this mysterious local pick-me-up drink, here are my findings, and I hope I don’t “blow the lid” on any trade secrets.

First, the blend of teas is probably simpler than what most cha chaan tengs will have you believe. I will say from experience with experimenting (a whole lot over the course of 15 years) that there is little or no Chinese teas in the blend. Even the smallest amount of po lei (pu er) or tit gun yum (tie guan yin) will take the flavor profile in the wrong direction. The smoky teas (like lapsang souchong) and the fragrant teas (like jasmine) are also completely wrong. I really am not kidding when I say I’ve tried it all. A blend of mostly (or entirely) Ceylon seems to be close. Most importantly, you have to use more tea than you think you need. I have found that this is the key to the rich flavor: sheer quantity.

There is a claim that the milk has to be the Black & White brand from Holland, because it is “full cream milk”. Full cream milk is simply whole milk, and if you read the nutritional facts on the back of the can, it is no different from a can of Carnation evaporated milk. Taste-wise, I do not taste the difference between Black & White, Carnation or Magnolia brands. A side note about the milk: because the tea is so strong, you have to cut the tea with a tea to milk in a ratio of about 3 to 1. Seriously, 3 to 1. This is the other key for that authentic taste.

The tea sock is often referred to as “panty-hose,” and is supposed to make the tea smoother. I’m not sure if it really does, but it certainly filters out the little bits of tea leaves that comes through a regular strainer. It’s basically the same thing as a Thai tea filter or Central American coffee sock thing. I’ve used coffee socks and metal Japanese fine-mesh tea strainers as well and they both work fairly well.

I’ve read that one should “boil” the tea for at least 13 minutes. Hogwash. 10 minutes is just about as long as tea leaves can withstand before breaking up and the flavor turns weird as the chemicals begin to break down. 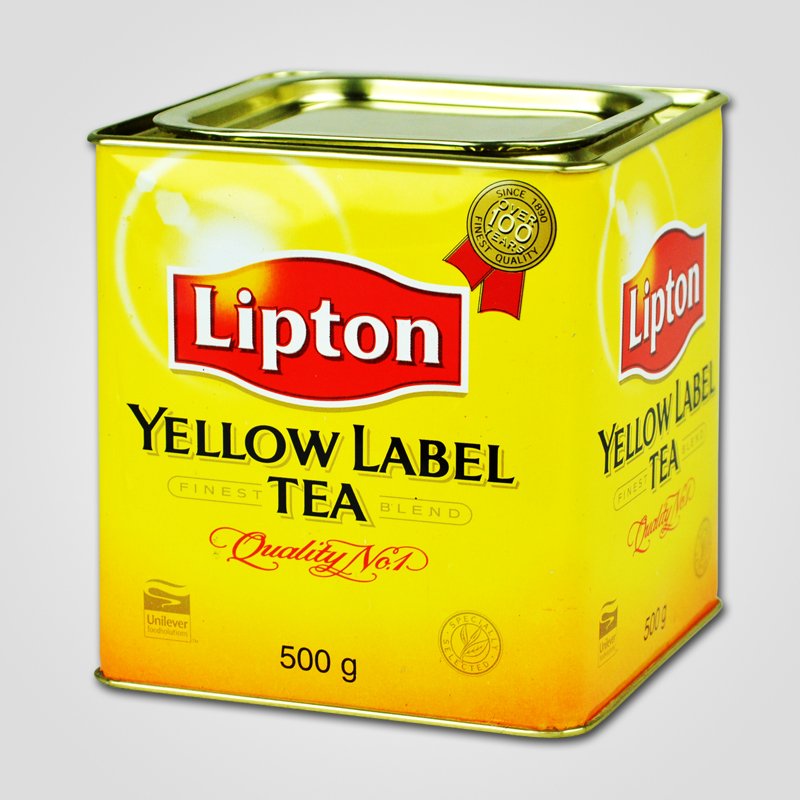 I go to Hong Kong once or twice a year and I try to glean a little bit about making nai cha every time I go. I always try to look in the kitchen to see if there is anything relevant. On several occasions I spied a brick/bag of Lipton Yellow Label. Once or twice I saw a brick of Rickshaw. I do see that the tea kettles are at a rolling boil and I can always see the froth peaking over the top. There’s always the “tea sock”, and the milk is always Black & White. It looks like they use the entire brick (450g) for one pot (about 2-3 liters). Yeah, it’s a lot of tea leaves per cup. Update: I’ve been seeing a LOT of ginormous Lipton Yellow Label tins in the back alleys behind the chaa chaan tengs. 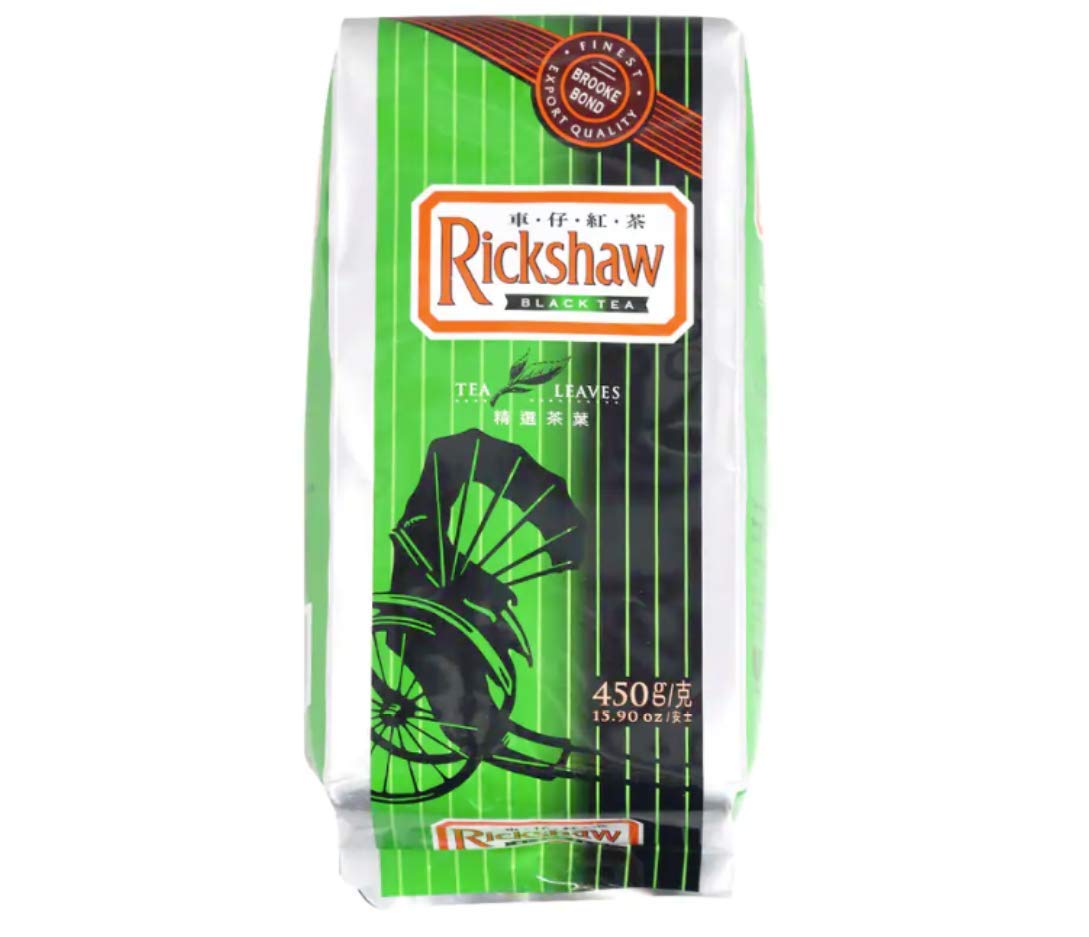 I’ve been using Rickshaw for a couple of years now. It seems to have the richest dark Ceylon tea flavor. Lipton Yellow Label is a good second choice, but it has a lighter and more delicate flavor, so I end up having to use more tea per cup if I use Lipton. Even though they are both distributed by Unilever and they are both Ceylon teas, the taste and color is quite different. Most recently I have mixed Rickshaw and Lipton Yellow Label, and I do like it. It actually has a closer flavor to what I find in Hong Kong.

Note that Rickshaw is only available as a Hong Kong brand, but I can find it in many Chinese supermarkets in the US. The Lipton Yellow Label I get is specifically packed for Hong Kong. I don’t know how it compares with Lipton Yellow Label packaged for other markets. Update: It’s different. The Yellow Label you can get in the U.S. has a much lighter flavor.

For anyone who has been also trying to reproduce that authentic Hong Kong taste, I would recommend this:

Lastly, if you have both Rickshaw and Lipton Yellow Label, try a blend of the two tea leaves, about 3 parts Rickshaw to 1 part Yellow Label. That is my most current preferred blend, and I find it pretty close to the real thing.

Read other posts
Lockdown Yeast: How I captured my pandemic sourdough starter →